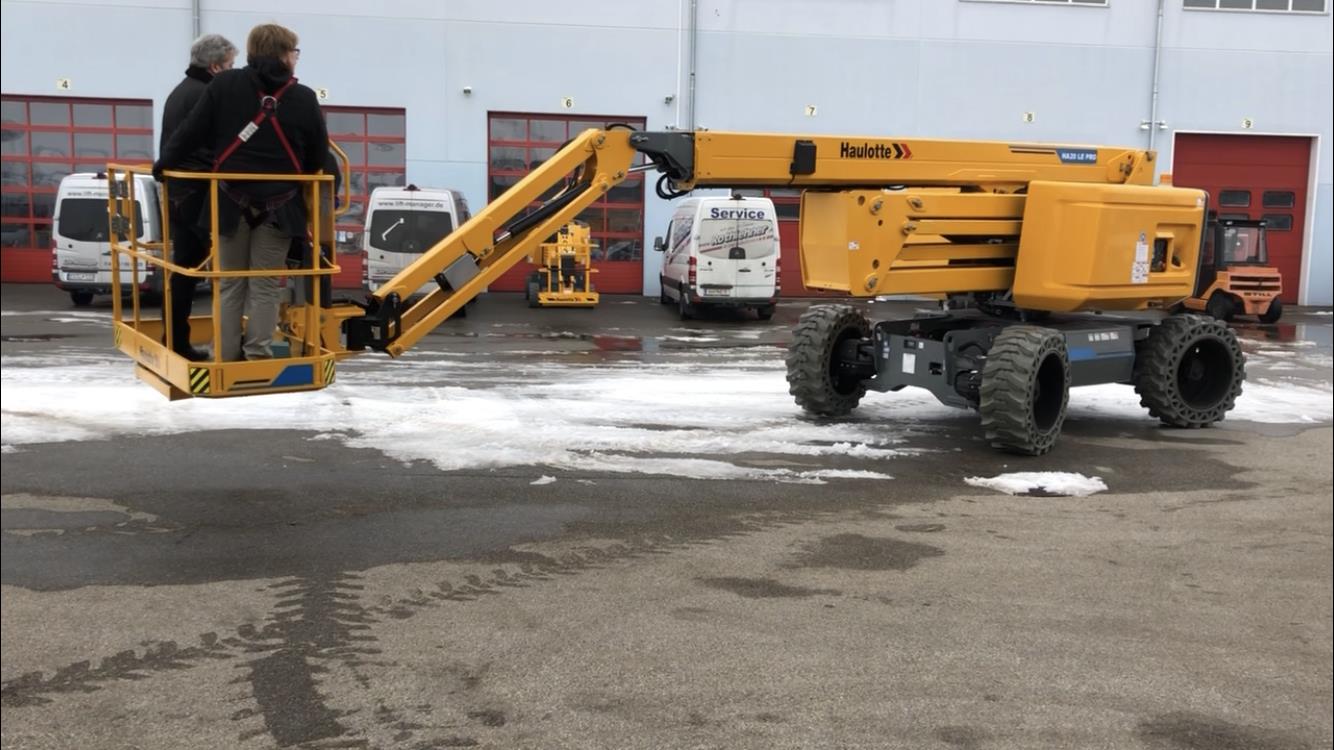 Training conducted for service and sales

At the beginning of the year extensive Haulotte training sessions were held in Jänkendorf and Massing
(we reported). More than 20 service employees of the Rothlehner Group in the German-speaking area were thoroughly instructed for several days in theory and practice in the latest generation of devices.
For some series, ia. For the new HA 20 LE Pro, the first of the PULSEO electric series, the level 3 access authorization was also acquired.

The training date in early February in Massing was also taken as an opportunity to bring the entire sales teams of Haulotte Germany and Rothlehner around a table.

The Rothlehner Group launched more than 400 new appliances in its core markets in 2018; almost half of them in Germany. Reason enough to discuss everyday business issues as well as basic strategies between the manufacturer and his sales partner.